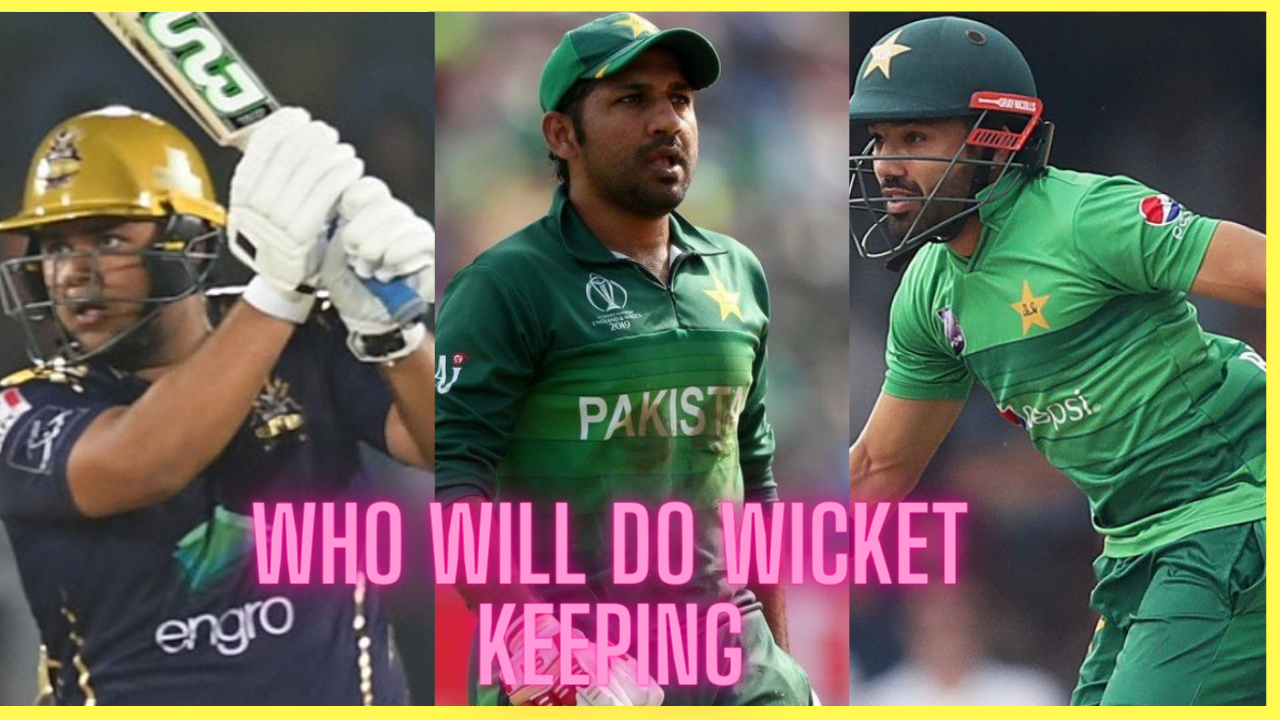 Lahore: We are just around the T20 World Cup 2021,and Pakistan is still in search of a Wicket Keeper who would play for Pakistan. You can say Muhammad Rizwan is a wicketkeeper who is confirmed but is that the case lets find out by comparing each wicketkeeper batsman.

Muhammad Rizwan who was criticized, bashed but eventually replied to everyone by his back to back fifties and a hundred against South Africa earlier this year. He has demonstrated his calibre and potential. He is certainly in exceptional form. So why can’t even think of dropping him ,but in the middle order he has still not lifted up to the expectations. So Rizwan is gonna be the opener and wicket keeper for the world cup for sure.

Sarfraz Ahmed a great leader. He is known for his captaincy. He is a great strike rotator and runs the ball. He has some hitting guts but now due to the age factor he isn’t able to hit the ball long way down the ground. After looking at the team line up and Azam khan called for T20s it seems difficult for Sarfraz to get a place in the playing 11 but he will go with the World cup squad. The only role Sarfraz can play is against opponents with good spin attack as he plays spin well so he can be prefered against teams like India and Afghanistan to stable the middle order.

Azam Khan, a young wicket-keeper batsman with a lot of talent and potential is a new sensation all over the world, now ready to represent Pakistan in T20s. Azam khan can hit gigantic shots and has the ability to hit the ball out of the ground, and Pakistan needs a power hitter to strengthen their low middle order and play a finisher role. He can be a stronger candidate than Sarfraz to represent Pakistan in ICC t20 world cup. His major concern is his fitness. He needs to lose weight and become fitter in this regard.

So the result we get is that Muhammad Rizwan is going to be in the playing 11 of ICC T20 World Cup .Azam Khan can play with him if he plays to potential in series before the mega event and show case himself as a good hitter. Azam is a stronger candidate than Sarfraz Ahmed. Although all 3 of them are expected to travel for the mega event in October.