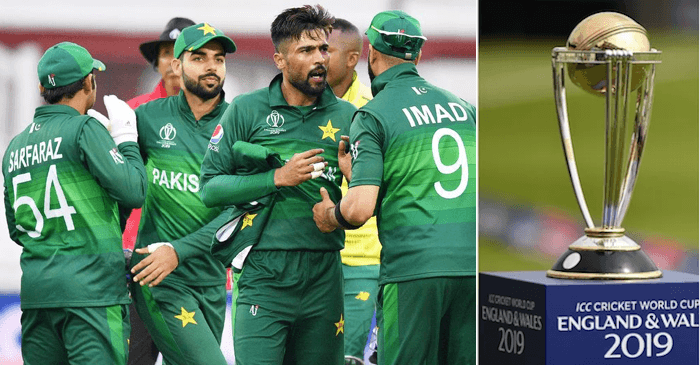 Lahore: The biggest question Pakistani cricket fans have in their minds is can Pakistan win T20 World Cup 2021!

Can Pakistan win the T20 world cup this year. So we will rate top 4 teams and Pakistan on 3 main points according to UAE condition

( UAE conditions are kept in mind making these points)

So let’s check if Pakistan stands out on the following criteria.

Pakistan has a decently good spin attack with the lights of Shadab Khan, Imad Wasim, Zahid Mehmood and Muhammad Nawaz ,followed by the great quick ones like Shaheen Shah and Hassan Ali. These all bowlers have showcased their talent and skills in the past aswell so they have the potential to deliver on a bigger stage. So we can rate it 8.5/10

Pakistan has a great top where Pakistan gets light of Fakhar Zaman,Babar Azam,Sharjeel Khan and Muhammad Rizwan.The major concern for them would be the middle order,everyone in middle order is out of form. Muhammad Hafeez who was in a exceptional form 2 months back but now have lost his form,Haider Ali isnt performing upto potential and expectations. Power Hitters including Khusdil Shah and Asif Ali are continuously failing,Maybe Azam Khan,Imad Wasim and Shadab Khan can solve the late middle order and middle order issues. The bowling line up looks decently great! We can rate it 7/10 for now.

Pakistan have performed against South Africa in South Africa and in Pakistan as well,They have defeated Zimbabwe and won 1 T20 against New Zealand and England last year. Pakistan has won games against low quality teams and they have even lost games against teams like Zimbabwe. Pakistan is familiar with the UAE conditions so it is a great bonus for them! Second great plus point of them would be the unpredictability,so here Pakistan would get 7.5./10.

Pakistan stands out to this criteria and they can overall get 7.5 marks and they would have great chances to qualify if they sort out middle order problems.

The other 3 teams that a have a great chance are India, England and New Zealand

India has a great combination of fast bowler and spinner. They all have a variety of batsman and conditions in their favour so India is confirmed to be in Top 4. Their batting has lights of Kohli and Rohit ,Pant and Pandya as great hitters of the ball!.

England has had great recent performances and have focused on the T20 world cup from the last couple of years. It would be a setback if England didn’t qualify for the top 4!. They also have a great team combination and bowling attack. The only concern would be lack of spin.

New Zealand has shown themselves as silent killers in the past few years. May it be the World Cup 2019,2015 or ICC WTC final. You cannot right off New Zealand they can also qualify.The other team that is underdog is Windies and so were they in 2016. These both teams can surprise.

So these are Top 4 Favourites for ICC T20 WC