India vs Australia is Biggest Cricket!, Noo, it’s India vs Pakistan, Noo, Its England vs Australia. Which series is the biggest series?

Lahore : Today we will check out the biggest Bilateral Series in Cricket. We will be focusing on 2 points

rivalry Since Australia’s tour to India four years ago, but it is also over hyped sometimes, that atmosphere that we get in India Vs Pakistan or England Australia isn’t present on India vs Australia, yeah this is getting bigger than Ashes. The main reason for that is Ashes are mostly won by home teams but India Defeated Australia in Australia, which a reason for the hype of this rivalary.

The Ashes from years and years is one of the biggest cricketing series. Where the match isn’t between two teams it’s between two enemies!, but recently Ashes has lost the popularity due to Australia focusing more on series vs India and trying to do their best against them, although if you rate quality, Ashes has the best Broadcasters but it’s audience is losing a bit. If you want to rate Ashes and India vs Australia probably they both are equal. 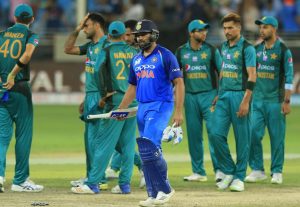 r answer. This is still undoubtedly the biggest cricketing action, because not only cricket playing nations watch this match but the whole world sits in front of their television screen and witnesses the nail biting action. This series is losing the audience interest and quality as we haven’t witnessed any bilateral series from around a decade, the second reason is Pakistan isn’t playing quality cricket, which is forcing fans to go to India vs Australia series or The Ashes,but around 20 years ago India was also not playing good cricket but the hype of the rivalry was the same.